Home
Dating Blog
Professional Dating
Military Dating and You: What You Need to Know

Trying to date is hard enough, but trying to date someone who is in the military is in its own category. If you’ve never tried military dating, you may not be aware of just how different it can be. The military singles at UniformDating.com have created a list of things that any civilian should know before they go blindly into military dating. 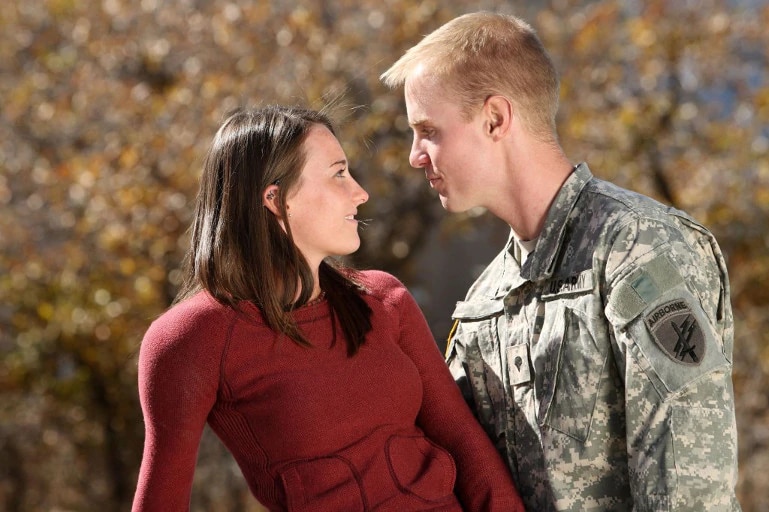 1. Military Folk are Independent
When you are dating a military person, you have to come to terms with the fact that they will get deployed at one point or another, and you will not have them around all the time — especially for important events like holidays, weddings, birthdays, and yes… Even anniversaries. If you’re someone who depends on your partner being there for everything, then military dating is not for you.

2. Jealousy is not Attractive
There used to be a time when the military was like a boys’ club; but now, the military welcomes both genders among their ranks to serve the country. Also when they are deployed, they are going to interact with people from the other country. You may feel like you have to know who they are hanging out with and what they are doing, but you have to trust them. If the relationship is solid, then jealousy shouldn’t be an issue.

3. Supportive Military Gear Overload
Sure it’s great to show support for your military partner. Unfortunately, some people tend to go overboard and advertise that they are dating a military person every chance they get. From bumper stickers, clothing, jewelry, fashion accessories and who knows what else, it can be a bit too much.

4. Right to the Point Communication
Sometimes when we are in relationships, we like to sugar coat things so that we spare the other person’s feelings from being hurt. Well, when you’re dating a military person, you are going to need a thick skin. The men and women that have went through boot camp have been screamed at, humiliated, and have been told to say what they mean, and mean what they said. So if you want to know if the dress makes you look fat, don’t be surprised when they tell you the truth.

5. Secrets are Inevitable
Depending on what branch they serve and the missions they are given, don’t be surprised if they keep a tight lip about certain things — especially work related things. You may want to prod and ask them a lot of questions, but your efforts will be in vain. Not only will they not tell you, but you will probably irritate them in the process. Just trust the person enough to know that if you are supposed to know something, they will tell you.

Dating a military person can be a challenge if you are not prepared. Many people think that it is the same as dating Joe Shmoe from work, but it’s not. With that being said, military singles are some of the most loyal and trust worthy individuals, simply because their training requires it. If you are ready for intense dating and feel ready, military dating definitely be an adventure.