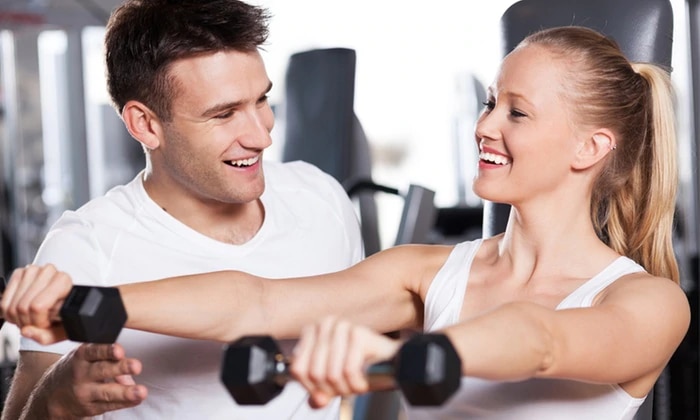 Did you know that there’s some advantages to meeting women in the gym rather than any other place? Not only are you able to get in a good work out, but you are in a venue where the focus isn’t on hooking up, so there isn’t quite as much pressure to look good (which how many people actually look good while sweating like crazy?)

According to some of the top female trainers around the country, picking up a lady at the gym is no easy feat, in fact, sometimes this could feel more challenging than a complete work out. Fortunately, there are similar rules between working out and working to get her attention and ultimately affection. Here are some of the best times that will have her shifting her focus from her work out and start paying closer attention to you.

1. Become a Regular at the Gym.
Have you noticed that the woman you’re attracted to seems to always be there at the same time, no matter the day you go? It’s not uncommon for people to have a schedule that they tend to follow. When you become a regular at the gym, you’ll find that she will start recognizing you, too, and she may be more willing to have a conversation with you rather than if you were just some guy that happened to show up. One trainer suggests that take a class. People are always chatting a few minutes before and after a class, and you can find out quite a bit of information from her simply by striking up a conversation.

2. Don’t compliment her body.
We understand that your eye is going to be drawn to the way the spandex doesn’t leave much to the imagination, but you don’t have to comment on it. In her mind, when she’s wearing one thing while she runs in the park, it is something completely different then what she wears at the club, although both leave little to the imagination. Instead of complimenting her body, you can start a conversation about anything that doesn’t put her on the spot. For example, you can chat about any upcoming races, about training, or anything else.

3. Compliment her workout clothes instead.
This may sound like a weird thing to talk about, but trust us, it works. Now we aren’t talking about the spandex tube top she may be sporting, but we are talking about the running shorts with an alma mater’s logo on it, or the t-shirt promoting a particular race. If she isn’t wearing anything like that, you could comment on her shoes or an accessory like an armband to hold her smartphone/music player. By using these as a way to break the ice, it initiates conversation without making her feel awkward and put on the spot.

4. Partner up with her.
Have you ever noticed there are some men lingering in the back of a yoga class? They rarely are there for the workout, but they are there to unabashedly gawk at the ladies’ rear ends while in precarious positions. This isn’t appreciated by the ladies and rightly so! Instead of being a creepy person, be upfront and ask one of the ladies to help you do a hard set. Simply walk up to her and ask her if she would be willing to do tricep dips together, thus enabling you to complete the full set.

5. Impress her with your personality—not your pectorals.
We get it, you’re at the gym, you work hard, so you may want to show off what all that hard work has done. Flashing your muscles and making your pecs dance will only get you so far. Don’t strain yourself trying to lift the max amount of weight you can just with the hopes of catching her eye, because she probably isn’t even paying any attention to you.
Instead of trying to go all out, simply be yourself. Leave that inflated ego in the locker room and come out as an approachable gentleman. It’s as easy as walking up to her, making an introduction, and talking.
That simple. There’s no need for bravado and machismo, usually when a woman senses BS at the gym, she won’t pay it any mind and go about her business. If you really want to talk to her, make her see that you are like any other guy and you’ve got some brains to go with that brawn.