Home
Dating Blog
Professional Dating
Ladies: Would You Rather Date A Marine Over An Air Force Guy? 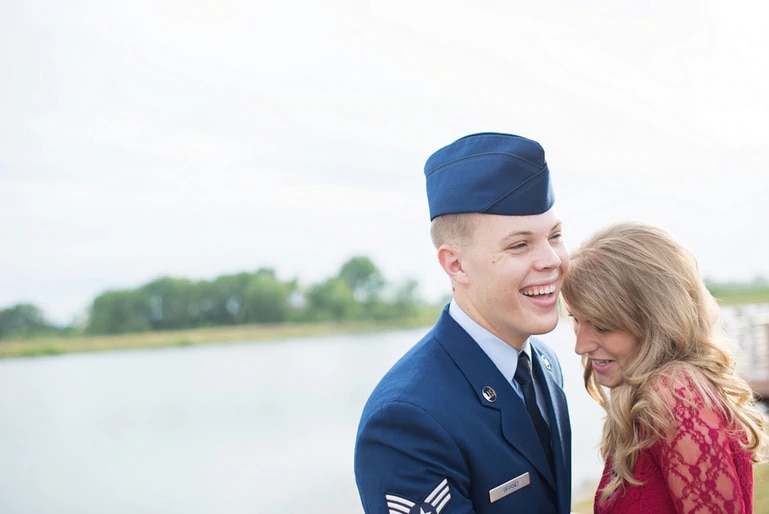 There is no doubt about the fact that men look absolutely terrific in uniform. And this trend will never go out of fashion. Dating marine men does have its perks – and the drive to date someone from the Marine Corps can be due to a number of reasons, which includes being biologically motivated or socially constructed, the thing is – it’s really hot!

Military guys can be overly protective, which goes without saying because it naturally comes with the territory. The same goes with dating air force men, that feeling you get walking down the street with hand in hand, when your guy is fully suited, is something out of this world.

So, Why would you Want to Date a Marine Guy?

One thing’s for sure, it’s not just the uniform:

Marines are Kind and Caring

Well, there are a plethora of reasons why you would, if you find yourself in the position for dating one. First and foremost, a military guy is someone who you can count on being exceptionally caring, especially given the fact that he has seen a lot of human suffering, pain and anguish. This automatically triggers an overwhelming response of being kind and compassionate. In other words, he will never deliberately try to break your heart.

Most Soldiers are Chivalrous

This means that you can always count on him to display high levels of mannerism, which unfortunately a lot of traditional men lack. He will always open doors for whenever you go out, he will push out the chair for you, make you feel comfortable – these are things that really make a big difference.

It is a truism that dating marine men will eventually help you understand that there is always an air of hyper-masculinity present whenever his friends from the Corps get together. And while that can be a bit annoying, it also means that he will take of everything you would expect a real man to. And regardless of how independent you are he will still take care of things that you really want him to.

Admit it, air force guys are really bad-ass, they fly extremely expensive fighter jets and look really hot wearing their aviators. However, there are also some other reasons why you should probably start dating air force men:

If you date an air force guy, chances are you will get to learn a plethora of things about various cultures around the world, owing to his experience, combat venture and whatnot. He will give you a no-nonsense lecture about people and world around you. There is always something very enigmatic about air force dating – which why it is so hot!

Your Air Force Man has some Awesome Stories to Tell

If you date a air force guy, you will undoubtedly hear plenty of his stories and adventures – some of which might just be a tad bit more exaggerated, but one this for certain, around your guy you will never ever feel bored.

In all, there it can be a hard to reach a solid verdict, but both marine men and air force guys are solid choices for life partners.