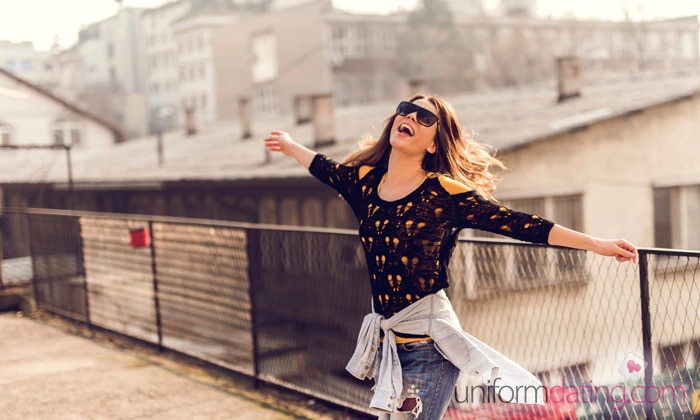 We’ve all been there a time or two (or a million) when we go home for the holidays and are bombarded with the questions regarding your relationship status. Your family wants to know where your boyfriend or girlfriend are, why aren’t you dating, and they are more than happy to remind you that you aren’t getting any younger and your biological clock is ticking.

This isn’t anything unusual and you’ve started taking the comments in stride. It’s what families do, you get that. What you can’t seem to get around is when your friends, especially the ones you haven’t seen in a while, seem to shame you for not being tied to anyone. This is more jarring because more often than not because it seems to come out of nowhere and they tend to treat your singledom as a disease that needs to be treated.

Of course, the way people treat their single friends is so glaringly obvious, it’s almost disheartening. At first, you no longer get asked out to couples-only dinner parties, but then is slowly escalates to wedding invites where it is just assumed on the invitation that you won’t have a guest accompanying you. Or, if you happen to tell your married friend that you enjoy a couple glasses of wine, you are considered a borderline alcoholic, but when your friend “splurges” and has a drink or two, it’s a wild night in for her.

Perhaps your friends do it unwittingly, but the underlying impression remains—you should be ashamed of your singleness.

But, for many of those who are single and enjoy it, it can be like a slap in the face. Why? “Single-shaming comes from the thinking that if you follow the prescribed path and get married, you”ll be happier,” says Bella DePaulo, Ph.D., author of Singled Out. “But if half the population is single, how can you say the only way to be happy is to be married?”

According to a study from the University of Auckland, people who are in a relationship tend to be more vulnerable to hurt and conflict, which is something that many singles tend to avoid—unless they are being shamed. Why? This is because the people who are doing the shaming are actually saying that they are judging you for being carefree and living your life outside of societal norms. Contrary to popular believe, singles aren’t slackers who have nothing better to do. They simply enjoy their freedom to come and go as they please, but they still have obligations and jobs that keep them plenty occupied.

The trick is to deflect the shame-police by focusing the conversation on some other aspect of your life.

Then when they say something along the lines of wanting you to be happy and you can promptly correct them and their wrong assumption. You can tell them that you like sleeping in the middle of your large bed, you enjoy the sensation of not having to worry about where to go for the holidays because you already know you’re going to your family’s house. Being single isn’t a curse—in fact, it can be a blessing in disguise, especially if you aren’t ready to settle down.