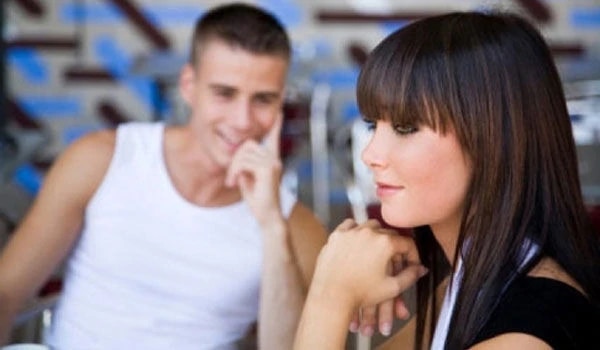 They may give you some excuse about why they don’t want to commit, but here are 10 real reasons why they may be afraid to commit to you.

1. He wants to keep playing the field.
When a guy commits, he knows that he won’t be able to see other women, and that terrifies them. Most men want to hold off on committing to a woman until they are certain that she is the one. Sadly, there are some men that will never commit.

2. Men mature slower than women.
Let’s face it, when you commit to someone, you are stepping into adult territory and this can be quite scary for many men. In fact, most guys want to delay the growing up thing for as long as possible. If you’ve got your eyes set on a guy in his 20s, don’t be expecting a commitment—unless he is one of those rare guys who is more mature than others his age.

3. There is someone else.
One reason why he may not want to commit to you is because you aren’t the only woman he is seeing or has feelings for. Would you be able to commit to just one person if you had other people on your mind? Probably not.

4. He has other priorities.
You can’t fault the guy for not wanting to commit to you if he has other things that he is committed to. Perhaps he has a difficult family situation and he cannot dedicate as much time to you as either of you would like. Maybe his work schedule is so demanding that he can’t balance that and a relationship.

5. He has baggage.
We all have baggage from previous relationships. Perhaps he may still be reeling from a previous relationship that fell through. Be thankful that he recognizes this and rather than having you deal with the consequences of this baggage, he is sparing you the frustration.

6. He is afraid of heartache.
Men are just like women and they don’t want to have their heartbroken. This fear may be preventing him from committing to you, despite everything you tell him that you love him and are willing to do whatever it takes to stay by his side.

7. His friends haven’t committed.
Men are strange sometimes and if no one else in his circle of friends have committed, then they don’t want to be the first one to do so. There is respect among the group of friends who is able to be the last single guy within the group, strangely enough.

8. He only wants to nookie.
Guys who aren’t willing to commit may be only out for one thing. While this isn’t always the case, if you have a gut feeling that it is, then you may want to trust your intuition in this case.

9. He isn’t that interested into you to commit.
Sorry honey, sometimes men simply into you enough to commit to you. We understand that this could be a hard pill to swallow, but sometimes it is easier to resolve this in your mind and move on to the next guy.

10. You pressure him too much.
When a guy feels like he has to commit to you, he will be more reluctant to do so. Men want to feel like they have a say in when they commit to someone and when you try to strong arm him into doing so, you’ll probably be met with resistance.