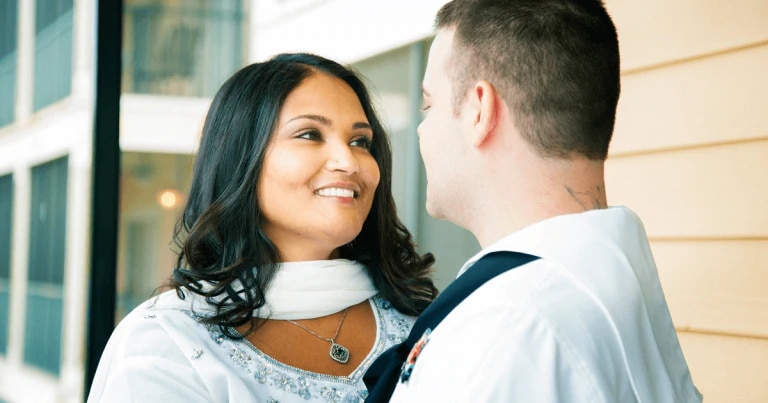 Military men don’t just look good in uniform; they make outstanding partners in life. They are disciplined, dependable, loyal, and proud. They know the price our country pays for freedom.

As military men make sacrifices, so must their spouses/partners. Below are ten ways to make a military guy like you, so you can build a relationship that withstands war.

Military guys are taught not to trust those outside their unit. Their service members are their “people,” and being outside of this group means you’ll likely only be told things if you absolutely need to know. This makes it difficult to know anything at all about your military man. You may feel disconnected from him at times. In order to build a more intimate relationship, you must become part of his unit, break through the walls he’s built around him, and earn his trust. Only by doing so will you be able to really know each other.

Don’t throw a grenade at the problem though. Breaking down walls should be done brick by brick. He might start to trust you and open up, telling you issues he may be having, but shutting down the minute he feels uncomfortable sharing. Let him shut down when he needs to, and be patient that he’ll return.

As he is protective and loyal of the people in his life, you should be the same of him. If you’ve started a relationship with a military man, then you know there may come a time where you’ll be apart (or maybe you already are). Don’t be a cheat.

Respect is important in any relationship, but respect in the military is super important. Not only must you respect your military man, but you must respect his band of brothers. The relationship this group of people has built together is one of the closest known to man. They trust each other with their lives. While you may feel you have to compete with this intimate bond, you don’t. Just accept the deepness of such a relationship and respect the men with whom he’s shared a bunker.

Yes, military men are protective and proud…but so are you. If your man comes home with an invisible wound that he tries to hide (i.e., PTSD), be there for him. He may not open up to you about it, but if you can get him to see a professional, he won’t retreat so often into his shell. If he is resistant to seeing a professional, avoid triggers and let him know you are there if he wants to talk.

Returning from the battlefield to civilian life can be rough. Your man will be coming from a world of rank and file to the “real world,” where such things don’t matter. His need to express his authority may be maddening at times. But remember that this is a difficult transition for many military men and try to be understanding about it.

7. Don’t Give Him Directions

They’ve traveled in various countries around the world, been tossed into foreign lands and expected to navigate. Do him the courtesy of not being a backseat driver.

Your man is proud of his work, and so should you be. Respect and pride are given to those who put their life on the line for others. Show your pride in your man wherever you can, and let him know privately how much you look up to him.

The life your military man has lived may have taken him to places you’ll never go. He’ll offer tidbits and a window into his world every now and then. Show your interest in the life he’s lived. These are the things he feels free to talk about.

If you’re with a military man or are planning to be, you must be the spontaneous type. You never know when your man will be called to duty. Don’t be a bump in the road when he is. Be encouraging, so that it’s easier on the both of you.

This is the life you chose, so you must be ready to take on its challenges. If you rise above, you’ll reap the rewards of being with someone who is disciplined, dependable, loyal, proud, and all the rest.