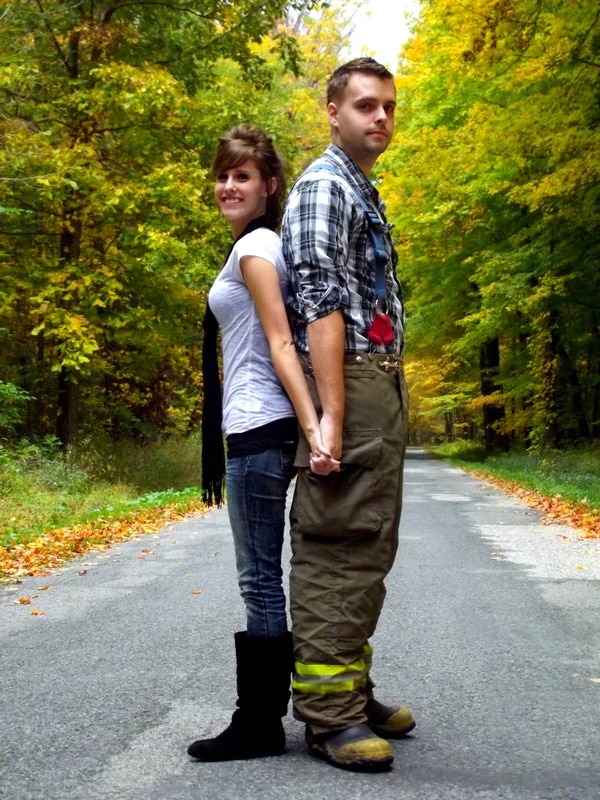 Did you know that the divorce rate for firemen is three times greater than the general population, thus making it the second highest rate in the nation (military folk take the highest divorce rate). It is rare to find a long term marriage where both partners are happy and continue to be intimate with one another.
In order to have a successful marriage with a fireman, we’ve some advice to help you manage.

Recognize the exposure to danger and trauma

Trauma and danger go hand in hand when it comes to things that a firefighter will see during their careers. Firefighters often experience a sense of slow-motion, muffled sounds, and gaps in memory due to the shift within to cerebral cortex, thus reducing the functioning power in the limbic region. Training for a firefighter is essential because when they experience this sort of tunnel vision, their bodies go into a sort of autopilot mode, as creative and original thinking isn’t entirely functioning at this point.

Firefighters also experience skeletal and muscular pain after a fire, even though they may not have an actual injury. This is because the adrenaline and noradrenalin tightens the muscles on the skeleton, which is a necessity for the fight or flight response. Also, the activity your body endures is quite strenuous. And once that adrenaline wears off, their firefighter will be completely drained of all energy.

So, when they come home, the spouse may anticipate someone who is tired, detached from the goings on in the house, and maybe even lash out their frustration at the wrong people. Granted this isn’t the case for all couples, but it is wise to know that these changes could occur.

Everyone runs the risk of getting some form of cancer, however, firefighters tend to have increased chances of catching a work-related cancer, thanks to the fact that the majority of our products feature plastic components. When a smoke from burning plastic, it emits a toxic blend of carbon monoxide, formaldehyde, nitrogen oxides, ammonia, phenol, and a slew of other toxic chemicals. If these gases are inhaled in large enough doses, you could die immediately whereas even if inhaled in the smallest of doses, you could get some form of cancer.

Firefighter Mark Noble compiled the stats below that compare the likelihood of a firefighter developing one of the cancers below to that of a normal man.

Firefighters are always surrounded by some form of trauma and death. There was a study conducted that discovers that firemen are more likely to report medical emergencies and vehicular accidents, thus stating that these calls are some of the most upsetting ones that they respond to. When a fireman witnesses a trauma, it’s normal that they will experience some sort of emotional reaction which include:

They could also experience:

Be that as it may, marrying a fireman, or even dating them, isn’t all doom and gloom. It is tricky, yes, but these people who willingly put their lives on the line to keep the public safe from fires and other disasters… They are heroes for a reason.