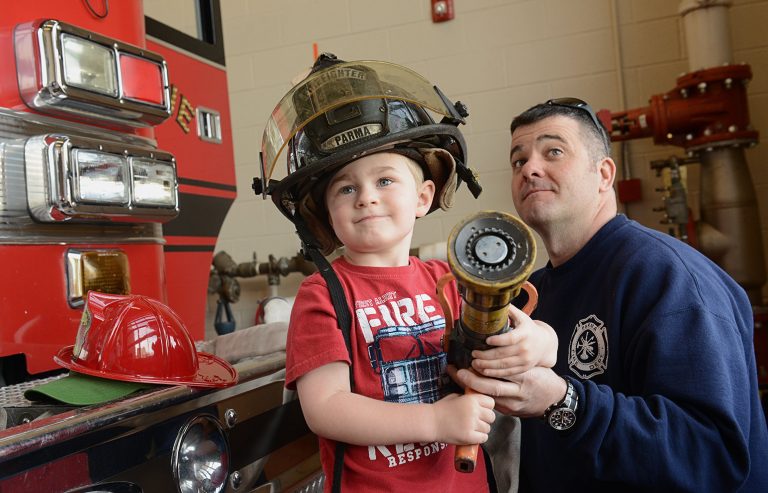 Are you a child of a family who is involved with the fire department? Are you a parent and new to life as a firefighter?

If so, here are some ways that your kids are going to be different than other kids at the playground.

1. Firefighter children will play with any and all fire-related toy car.

The many little gifts from family members and friends can create quite the little Matchbox Fire Department. It seems perfectly harmless until your 6-year-old comes up to you and says, “Dad, we’ll need another truck company. 16’s is in the shop.” Then, when they hand you a broken ladder truck toy you swell with pride because you see that they know the difference between a truck and an engine, and they know they need to backfill the station when the rig’s in the shop.

2. When a fire truck or an ambulance passes by, even your toddler can tell if they are on a call.

If you’re in a car, and a fire truck or ambulance passes you, your kid can distinguish when they are on a job or responding to fire simply by looking to see if they were wearing their turnout coat or not.

3. Firefighter children know that when either parent is on a 48 or 72, chores can wait.

Kids are going to have chores that have to get done, but when your kid finds out you’re on a 48, that doesn’t mean the job has to get done right away since you won’t be home for at least 48 hours. Of course, you don’t want them to come home after that long shift to those chores not being done unless you want to get yelled at.

4. By the time the kids are 8 years old, they know the know the entire first alarm compliment.

Most kids would scream and cheer when they saw a fire truck with its lights and sirens, but for a fire fighter’s kid, it’s a common sight. While all their buddies waved, all they might think is, “If Engine 22 is all the way over here, Engine 19 must be on a job. Shoot, if there’s another call we’ll need 24’s from the other side of town.”

5. Every firefighter kid has an extended family that’ll show up anywhere.

Whether it is a school function, a family BBQ, or a community event, your kids can expect that there will be countless firemen showing up to show support and partake in the festivities. Other kids in the community might even be jealous if you get to ride in on a fire truck!

It’s acceptable to greet their parents when they get home, but other than that, firefighter children know that if their parent is coming off of a long shift to leave them alone so, they can get some sleep or just relax. The only time they were to be woken is if the world was being attacked by aliens, and even then it was a case by case situation.