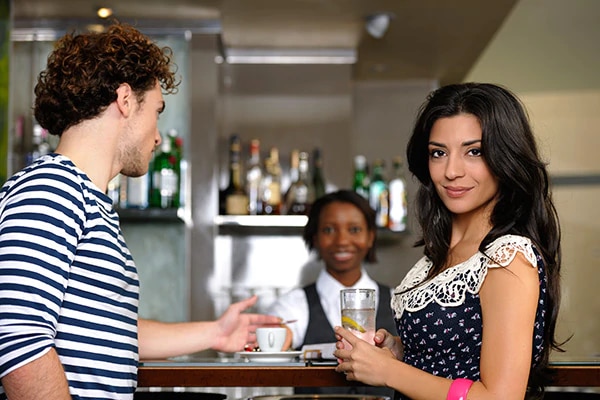 The question of who should pay for dinner on the first date has been debated for the longest time, but we haven’t yet found a definitive answer that everybody can agree on.

Most women believe that if the guy asks them out for a date, they should clearly be paying for it. However, some guys aren’t quite convinced and think otherwise.

Let’s put this to rest, shall we? Yes, women want to feel they are taken care of. After all, it’s like an inseparable part of their DNA. But there are a number of other factors that are ignored and should be put out there for everybody to see. So, here are 4 important reasons why guys should ALWAYS pay for dinner:

1. Men Prefer the Chase Over the Catch

Just ask any guy out there and most of them will tell you that they prefer to be the one that chases the woman they love. Are you wondering why? Well, that’s just how men are programmed! This doesn’t necessarily mean that as a woman you have the right to play games with a guy despite knowing they are interested. However, what it does mean is that you need to let him make the move that will confirm his interest in you.

A first-date is a first-date – nothing more! Women should never make the mistake of planning their wedding only because the guy is taking them out for dinner at an amazing place. However, as with other relationships, whether professional or personal, the first impression always matters. If he isn’t willing to pay for dinner, or even worse, acts like he forgot to bring his wallet along, what would that say about his ability to provide for you (and your family) if your relationship went any further?

Even though it’s the year – 2016, chivalry pretty much still exists. Women appreciate random acts of kindness such as paying the check, pulling out chairs and opening car doors. It not only shows that the man is of class and polish, but also makes the woman feel like they are taken care of. This is especially true for independent women, as for them it feels good to be taken care of for a change, every now and then by someone who loves them for who they are.

4. It Costs a LOT for Women to Look Good

This is the most underestimated and underappreciated thing when it comes to dating and relationships. From hitting the gym to getting a manicure, it costs a small fortune for a woman to stay in the healthy, good shape they always are. Not to mention, they probably would spend a lot more just for the sake of impressing a guy they like! If this isn’t a good enough reason for guys to pick up the check, then there really isn’t any other that will.

So, just like other couples that are happily married or together, it’s the guy who needs to take care of his woman (and this means paying for dinner too!).