Home
Dating Blog
Dating Advice
Do You Know How to Respond When a Guy is Hitting On You? 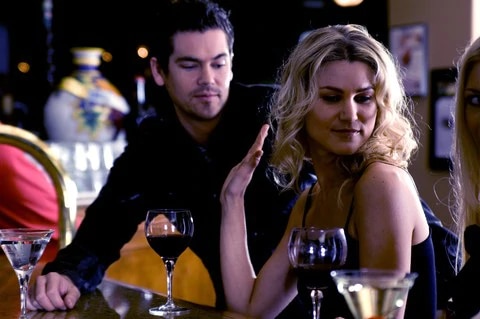 Whether you are alone or with your friends, if you’re a woman, chances are there is going to be someone who finds you alluring and will want to talk to you.

Of course, this doesn’t mean that you have to entertain their advances all the time. It’s important that you know how to respond in a way that makes them understand that either you do or do not want their company. It can be flattering when a guy hits on you, this much is true, but sometimes you aren’t in the mood and simply need to politely decline.

Here are some ways you can react, depending if you are interested or not.

A simple smile, direct eye contact, and a positive response is all you really need to let him know that you, too, are interested in talking to him.

Talk to him for a while and get to know some more about him. By doing this, you’ll get to decide if you want to spend time with him or not. You will want to ask open-ended questions that requires more than a one or two-word response on his behalf. Not only will the open-ended questions give you an opportunity to learn more about him, it will also give him a chance to see if he really is interested in you, too.

Give him your phone number if everything goes smoothly. This is a clear invitation that you are interested in going out with him.

When he calls, answer! Don’t play mind games or play phone tag, as this will only make him second guess why he is interested and wonder if you are interested.

Leave the area where you are if he doesn’t take the hint. Some men think that you are playing hard to get when you are being honest in saying that you aren’t interested. If this doesn’t work, you could ask someone else in the vicinity to talk to the guy and have them tell the guy to leave you alone.

If he continues to hit on you, tell him to stop harassing you. You will want to make it clear that you will not tolerate his harassment and you will have no qualms about notifying the police. Hopefully, the guy will take the hint and leave you alone. Unfortunately, if you start to fear for your safety, you may have to follow through and notify the police, or have a man escort you to wherever you need to go.