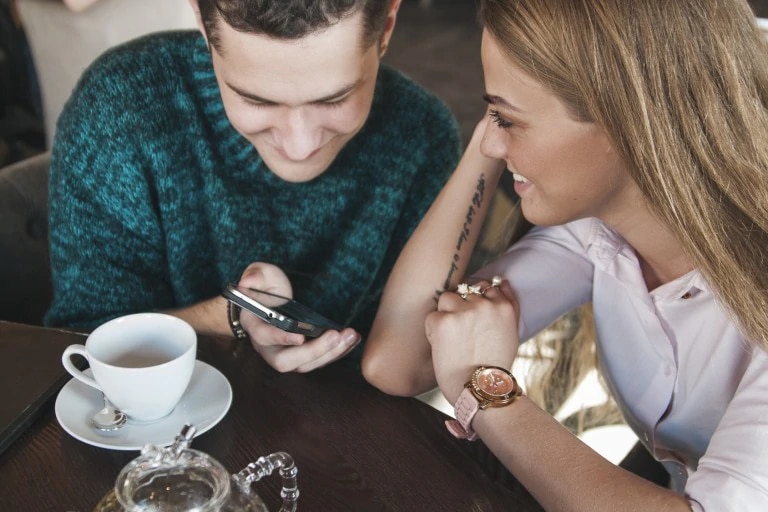 Have you ever been out somewhere and you’ve met someone that you want to continue to get to know, but you have to leave? You’re going to want to ask for their phone number, but maybe you’re shy or you just don’t know how to ask for their number without appearing too forward.

The trick is to get the person interested in getting to know you more also. You can do this by starting a conversation with them and learning some things about them first so that later you can get their number.

When you see someone that you want to talk to, the way you make your introduction is crucial. You should always make a point to smile when you are introducing yourself. You definitely want to stay away from the lame pick-up lines that she’s probably heard time and time again.

Instead, simply be yourself. You could mention something going on around you or make an observation in order to get the conversation going. Use this moment to form a connection, no matter what it is about.

You might feel awkward by saying their name a few times during the conversation, but it lets the other person know that you are interested enough to make a conscious effort to remember their name, which is always a good thing.

When you ask them questions about themselves, you are interested in who they are and what they have to say. Keep in mind that although you may want to talk about yourself as well, you don’t want to dominate the conversation. Instead, adhere to the 60/40 rule. With this rule, you are listening to the other person 60 percent of the time and only talking about yourself 40 percent. While this may not seem like such a big difference, it is enough to make them feel engaged and like you truly want to listen to what they have to say.

Step 4. Tell them that you’d like to see them again.

By letting them know that you’d love to see them again, they are aware of your intentions and they understand that you are interested in them. You don’t want to linger too long though and because you let him know that you’re interested in seeing him again, he may offer up his phone number because he wants to see you, too.

If they don’t offer their phone number as you start your goodbyes, just come out and ask for it. When you are asking, you should smile, tell them you enjoyed talking to them and would love to see them again. Ask them if you could have their phone number so that you could maybe go out sometime. If you have a business card, you can give it and ask for one in return. This leaves the interaction on a mutual understanding and (hopefully) a plan of action as to when they can expect you to call.