Home
Dating Blog
Professional Dating
Who and What Is the Florence Nightingale Effect? 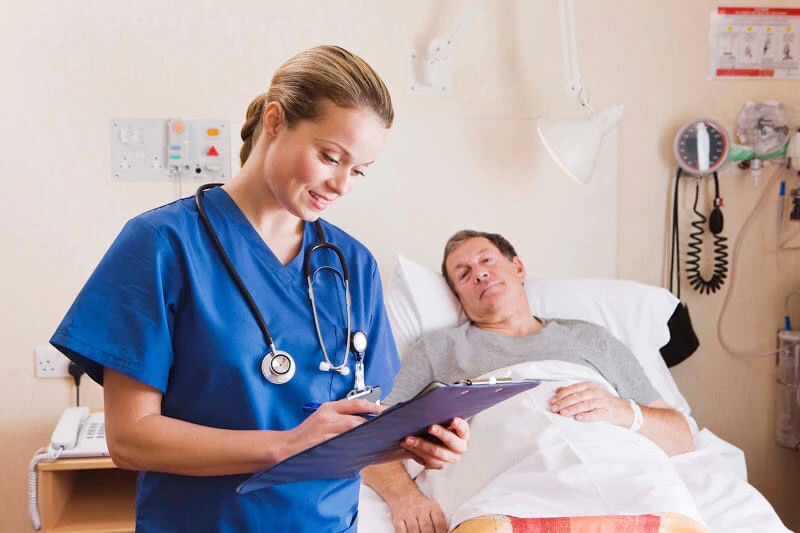 There was a news story released online that tells the heartwarming love story about a patient who had ALS. The story goes that he fell head over heels in love with and later married his nurse. One of the versions of this story was published by the Huffington Post. The response to the story has been positive, but no one ever seems to question the ethical side of the story. That being if it is a good idea for patient and caregiver to be involved in a romance.

What Is the Florence Nightingale Effect?

The Florence Nightingale Effect (also known as the Nightingale Syndrome) has become a pop-culture reference to a real nurse by the same name. Florence treated her patients with the best care she could and was said to be very compassionate, as you would assume a nurse would do. Some people believe that the phrase is used to describe a nurse falling in love with one of her patients (or vice versa), but it can also be used to describe a relationship that isn’t built on romance, but of kindness and empathy instead.
Nurses are taught to be compassionate, use TLC, and have a positive attitude when they are providing care for their patients. Such care has been discovered to give patients better healing times and better responses to treatments. However, nurses should be careful to keep a professional relationship because if they are too close to their patients, it could cause an emotion or even ethical problem.

Is It Common for Patients and Nurses to Fall in Love?

Typically, nurses are able to keep enough distance between themselves and their patients to avoid a relationship from forming. Sometimes, patients tend to develop emotional feelings toward their caregivers. This usually happens when the patient is dependent on the care that the nurse is providing, as well as their pleasant demeanor.
So what typically happens if they develop stronger feelings for one another? In most cases, the nurse should establish boundaries and refuse to let the relationship from going any further. If not, they could lose their job.

A Romantic Relationship Between Nurses and Patients Usually Are not Okay.

The tough thing about working so closely with people is that it is very possible to develop romantic feelings for them. According to an article written by Sue Steward at NurseTogether.com, she believes that the nurse should avoid any situation where they could develop a personal relationship with their patient. After all, if you develop feelings for your patient while they are under your care, it can be an ethical problem.

Although the real Florence Nightingale never married, or even having fallen in love with any of her patients, we can’t help but be riveted by the possibility. How can you not fall for someone who has seen you at your lowest, nurtured you back to health, and remained so positive through it all? Perhaps if more people were to adopt that kind of demeanor in everyday life, there might not be as many singles. Who knows.
Tell us if you’ve ever fallen for your nurse or doctor. What did they do that made you fall for them? We’d love to hear!