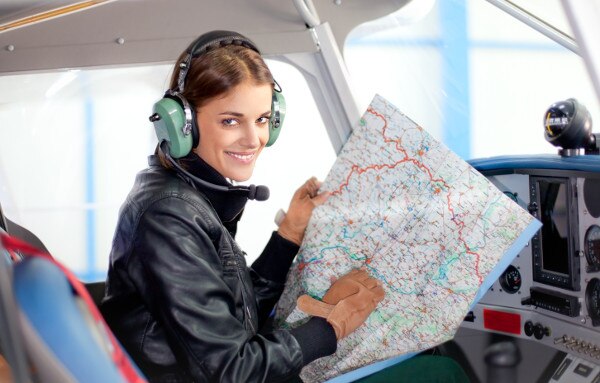 So you are interested in dating a pilot, are you? You may think that dating a pilot is like dating any other man. This is not the case. Sure, he acts like any other fella and he has all the necessary man bits… However, when it comes to spending time with him, it requires a little bit of adjusting. Before you think you are ready to land yourself a pilot, here are some things that you need to keep in mind.

In any relationship, you want to retain some of your independence, just for the sake of your sanity. When you date a pilot, you will be left to fend for yourself so to speak. Unless your pilot has seniority, he will probably be away for days at a time. Of course, you could sit by the window with your cellphone in hand; waiting for him to come home, or you could go about your life like normal.

It is a common belief that when you date someone who has a career they are passionate about, in a way, you will be competing with that passion. In this case, when someone decides to become a pilot and do that for a living, then they are probably passionate about flying. It makes life so much easier for the both of you if you at least have a little bit of knowledge about aviation. This does not mean you have to learn everything possible on the subject, but you want to have something to talk about with your pilot. One way you can do this is by asking them about their job, why they love it, and some interesting things about aviation.

One of the biggest things you need to understand is that a pilots schedule is not set in stone and it can change frequently. If they are on reserve, they could get a call to come in at the most inconvenient times. Those concert tickets that you bought three months in advance for your anniversary could go to waste if the flight was cancelled. You have to understand that these unpredictable schedules are just part of the job.

Pilots are rarely home and because of this, they live out of their luggage, eat out, and never have to clean up after themselves—thanks to housekeeping. Some people who are in a relationship with a pilot will make excuses and allow their pilot to be messy. If you are a neat freak but bite your tongue at the messes he leaves behind, do not do that. They are normal people just like you and I, and they are capable of cleaning up after themselves. Keep in mind though that not every pilot is like that and if you happen to find a guy that cleans up after himself no matter how often he lives in a hotel, cherish him!

A pilot’s life can be pretty hectic, especially if they are called to work with little notice. You can help your pilot by doing some things to make the time he is preparing to go to work a little easier. You could look up gates, flights, and run any errands he intended to do prior to the call. While these things may be small and insignificant to you, they are greatly appreciated by your guy, especially when he is in a hurry.