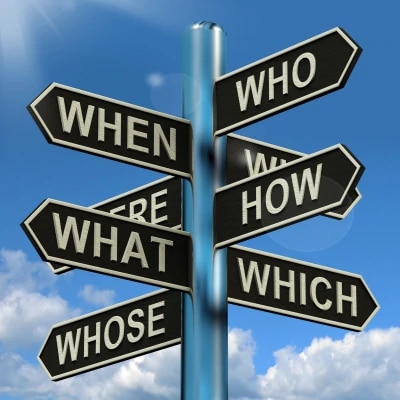 You see all these articles and quizzes about “Fun things to ask your guy,” and you like to think that he will enjoy them as much as you do. The truth of the matter is, guys don’t particularly care for that sort of thing. While you may see them as a way of getting to know one another, they see it as a reason to panic.

If these questions cause such trepidation for the men they are interested in, why do they even bother asking them? Why would a lady want to ask questions that leave the guy unaware and off guard? Of course, why do men always imagine the worst case scenario?

Some people believe that by asking these questions, you can learn more about your man and it will be fun. But really now, what man is going to tell you that he is still attracted to his ex and would sleep with her if she asked? No one.

Women think these questions are a good tactic, but they are far from it. Some men would say they are quite insulting!

When a Man Knows He’s Getting Screwed

Men love getting screwed, that much is pretty clear. For a guy who isn’t all that familiar with getting screwed, he probably just thinks it’s the macho way of saying that he’s getting laid, however, to the man that is well versed with women and their ways, he understands that he’s probably going to get some, but there are going to be strings attached.

Think about how disappointing it can be when you’re all excited to hop in the sack and do the deed, but in the back of your mind you are wondering if she will lay one of those questions down on you. It’s understandable that he looks at this situation with complete anticipation and dread all at once.

These are the moments when a make out session isn’t fun enough and the palms often get a bit sweaty when you’ve got them in a lovers embrace. His subconscious is preparing him for the litany of mundane questions that you are going to throw at him; and, up until now, he thought he would be the one that would be asking the hard questions.

Why, an hour of talking all cutesy and questioning is called “Coochie Cooing,” while a man would just call it a vicious sneak attack.

What You Can Do

The next time you are cuddled up with your man and you feel like you have to ask him something, don’t beat around the bush—be straightforward. It really is that simple. If you want him to stay home with you and watch the latest season of House of Cards on Netflix, ask him. He’ll understand that you want to be with him and he’d even appreciate that you are being open and honest enough to not ask a million other questions. He loves you, and when you ask for his time specifically, he would probably jump to the chance of being with you.