Home
Dating Blog
Flirting Advice
What Branch of Service Is Your Best Option? 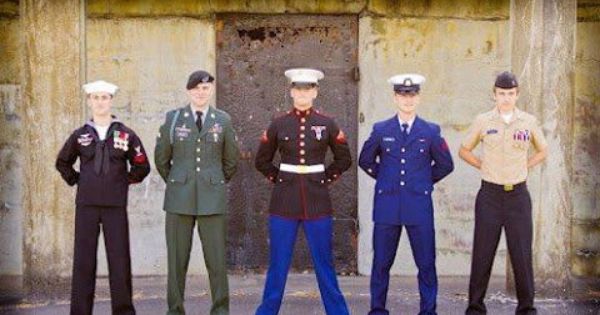 Joining the military is still an unpopular decision. Maybe the idea of potentially hazardous service to a country seems less meaningful in a digital and increasingly connected world.

Maybe doing all of those pushups super early in the morning just seems really hard. Or maybe people are just overwhelmed by their choices when deciding which branch to join. After all, there are seven uniformed services of the United States. That’s right, two more than you even knew about.

For anyone out there just plain stuck in deciding which branch would fit him or her best, here is our extremely “scientific” (read: humorous) comparison of them all.

Want to see the world and all its many cultures? You can go freeze your butt off in South Korea while staring at Kim Jong-Un’s troops through binoculars for a few years. Just want to serve your country in any way you can, a noble cog in the mighty machine of our military? You could always work at a supply warehouse at Fort Sill until you get so heavy you need to wear a maternity uniform at all times, regardless of your gender. With the Army, the sky’s the limit!

Have you ever thought, “Man, I would like to join a country club, but none of the ones I find have free healthcare and will help pay for my college education?” If so, then the Air Force may just be the thing for you. You might also get to fly a plane. Or at least a drone—if you’re lucky.

Yes, this is a uniformed service. It’s what the Surgeon General is in charge of. If you know more about it than that, you’re way ahead of most of the population.

You’ll work just as hard as anyone in any other branch but with more mopping and grease, get constantly mocked for your blue camo, and probably get nowhere near an actual war. If that sounds fun, go for it. For those of you enthusiastically picturing it with the sodomy and the beatings, then yeah, the Navy might also be for you.

Do you want to become even stronger? Make loud noises in dangerous places? In the Marines, there are lots of yelling, lots of explosions, and more yelling. Some people will joke that Marines aren’t the brightest bulbs on the shelf, but that is neither here nor there. If you like to release some stress and blow stuff up, the Marines might be the place for you.

While attending high school and/or college were you the guy or gal who got made fun for being diligent, quiet, and helpful all the time? While everybody else was going wild, doing stupid stuff, and drinking their faces off were you spending time studying and preparing for a productive and stable life ahead of you? Did you frequently brush off the cruel mockery of the “cool” kids by telling yourself that you were just being smart and conscientious while they partied with their many friends and got laid all the time? The Coast Guard is like that, but with more swimming.

National Oceanic and Atmospheric Administration
Um… We have no clue what they do, and neither do they.