Ladies, you may have thought that finding an eligible bachelor is difficult now, you should be grateful that you weren’t trying to find a decent date back in the 1920s! After the end of World War One, the dating world was very much a man’s paradise because there were approximately 1,209 single women for every 1,000 men. Needless to say, during the 20s, you had to be the total package in order to find a man to call your own. 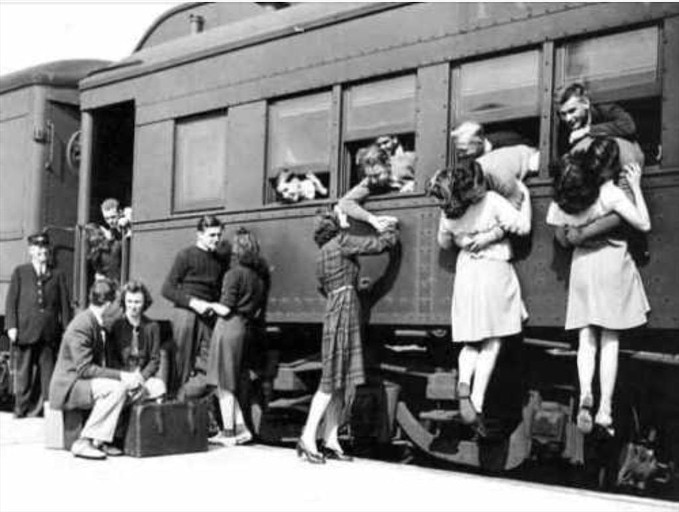 Because the 20s was the decade of dating and courtship, the 1930s was an age where people decided to settle down, put a ring on it, and say, “I Do.” In the span of nine years, there was a large increase in marriages. Why, in 1930 there were approximately 320,000 marriages in the UK, but by 1939 the number rose to 450,000. The main reason couples married one another during that time was for romantic love. That must have been some strong love, because there were only (approximately) 4.8 thousand divorces during that decade. When people in the 30s say, “I do,” they really meant it!

Although marriages were on the rise in the earlier part of the 1900s, from 1940 to the 1970s, dating became much more relaxed. Going to the movies was considered to be the ideal date and although no one spoke about it among polite company, 66% of men and 50% of women engaged in pre-marital sex—especially during the 50s. As a the years progressed, sexual revolution escalated and by the end of the 1970s, 36% of women took a birth control pill and believed that sex on the first date was quite alright.

Marriages during this time was still on the rise, with 276,100 first time marriages and 110,400 remarriages, the country still experienced 112,900 divorces. Perhaps there wasn’t enough lovin’ during that time!

In the 1980s, 29% of people between the ages of 18 to 24 went on blind dates. It kind of makes you wonder how many of those blind dates were successful, considering there were 224,100 first time marriages and 125,800 marriages during this time. Ah, but whatever chemistry these couples may have experienced on their first date and the dates following must have died out, because there were over 150,000 divorces in this decade. Maybe the magic from those blind dates just were not enough to sustain them?

Did you know that people had more sex in the 90s than they have today? During the 90s, people would on average have sex at least five times a month, whereas today, men and women between the ages of 16 and 44 only have sex 3 times a month. That is a lot of miss opportunities for connection, loving, and fun times in the bedroom! Perhaps that would explain where there were approximately 154,500 divorces during the 90s.

Ah, but because of the Internet, during the 2000s, online dating has become one of the ways people began meeting and interacting with one another. Because people are able to get to know someone before they actually meet in person, the divorce rate in the 2000s have dropped to 137,600 that decade. What is even more interesting is that in the last five years, 33% of all couples in the UK meet online by using an UK dating site. Because an online dating site gives you a chance to ask the deeper questions, get in touch with more people at a quicker pace, and weed out the ones you do not wish to talk to, it may be safe to say that couples are much more satisfied with their partners and marriages, as there have only been 118,400 divorces recorded so far.