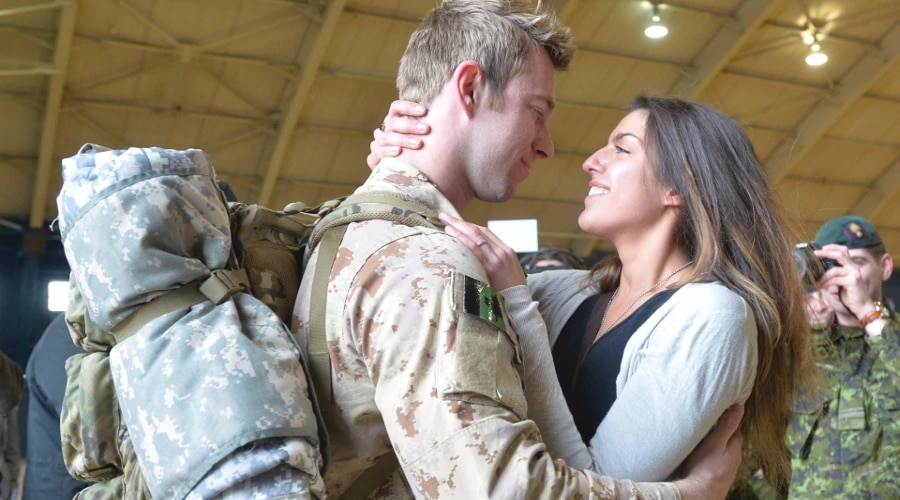 Many women think dating a guy from the Canadian military (or any military) is a difficult task. But ladies, don’t let that hard and powerful exterior fool you. Guys from the Canadian military are some of the most exciting, loyal, and gentle human beings to be with. They aren’t only trained to show respect to their commanders, but they are also taught to admire and ‘value’ women. For this reason and more, dating a military person could be perfect for someone seeking a devoted relationship that won’t get discouraged easily.

Politeness is a rare quality to find in men nowadays, but military men seem to be blessed with it. When you are out with a military guy, you will notice every door will be opened for you. If you drop something, your muscular man in his uniform will pick it up for you. If you are carrying something heavy, he will lift it for you. That’s just the way these men are: polite to the core! (Did I forget to mention, they never let you pay for lunch or dinner either?)

It’s biological for women to expect to feel safe with their guy. And one of the main benefits of dating a guy in the military is they can always make you feel safe, regardless of how late it is at night. So, be prepared to be lifted off your feet, as you will always have someone to defend you. Military men know how to throw a punch, use a gun, and even carry fellow soldiers when injured. When dating a military guy, you can feel safe in the knowledge that he can protect you.

They Are Fun to Be Around

A military guy is tough, stone-faced, and by-the-book 24/7. So, when he’s in his uniform or at a work event, he won’t kiss you or hold your hand, at least in front of others. But, there’s something really interesting about taking them home with you and being able to transform that ‘tough guy’ into a sweet, laughing, ticklish, overgrown kid who eats way too much meat and still thinks burps and hiccups are funny. He will also have a great sense of humor, so be prepared to laugh a lot when you are around him.

Military guys don’t have the time to play around with a girl’s feelings. They are on-the-go 24/7, 365 days a year, and it gets lonely. They want to commit and don’t call something off and just disappear like most guys do. They are rare, as they willingly put effort into a relationship. Apart from this, they also love to have someone around when they are back home and it is because of their difficult training they mature faster and probably want to settle down faster than most guys.
So, while they may not be around all year or every day with you, military men definitely prove the best men to date.