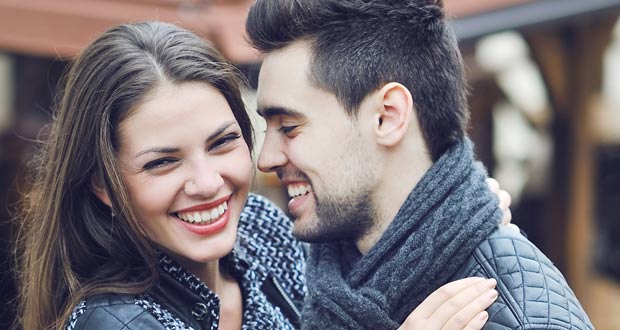 When we are asked to make a list of what we are looking for in a partner, you’ll probably have something like “someone who can make me laugh,” “a good sense of humor,” or other variant of that.

It may seem like it is just something that we all want in a partner, but have you ever wondered why? One of the biggest reasons is that life isn’t meant to be so serious all the time, and when you have someone in your life who can lighten the mood, make you laugh, and keep you happy… Well, it’s a great way to keep the relationship fresh and fun, no matter how long you two have been together.

In fact, there has been a new research that shows that when two people meet for the very first time, the greater the effort the guy goes through to make her laugh, the more she will become interested in him. And what’s even more interesting is that if the two laugh together, then that is a great sign that there is some romantic chemistry bubbling there.

There was an article published in the journal of Evolutionary Psychology which examines three studies that suggest there is connection between intelligence and humor. The first study included 35 participants who carefully studied 100 strangers Facebook profiles in an effort to figure out there personalities. By looking at the comments and contents on the page, the participants believed the funnier people were more extroverted rather than intelligent.

The second study included 300 students who filled out a survey in regards to humor and how it relates to dating and relationships. The study revealed that there wasn’t a link between how smart someone was to how funny they were. However, they did find that there was a connection between humor and being an extrovert.

The final study included 51 sets of single, heterosexual students in college, all of which they did not know each other. They asked them to sit and talk amongst each other and chat for 10 minutes. Then they were asked to complete a survey. The result of the study showed that the more times the guy tried to be funny and the more often a woman laughed as a response, the more likely she was interested in him, romantically. And, not surprisingly, when they laughed together, they were more likely to be attracted to one another.

“The idea that humor is a signal of intelligence doesn’t give humor its due credit,” said associate professor of communications studies, Jeffrey Hall. “If you meet someone who you can laugh with, it might mean your future relationship is going to be fun and filled with good cheer.”

So if you’re a guy who falls flat when they try to deliver a pickup line, but you are known to be a great joke teller, perhaps you should stick with the jokes. Because according to these studies, if you can make her laugh, then you can clear the way to her heart.