Home
Dating Blog
Online Dating
Tell Her You Love Her Through Email, Not Voice Mail 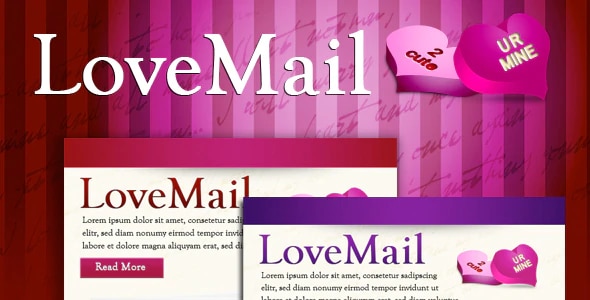 According to new studies, perhaps that romantic message that you’ve left on your sweetheart’s voice mail isn’t the best way to go. The research actually suggests that if you want to really get your message across, perhaps you should try emailing instead, as it is seen to be more effective when it comes to communicating how you’re feeling.

It’s been a popular belief that of the two, a voice message is the better way to connect with someone and an email tends to be less personable and more disconnected. However, Alan R. Dennis and Taylor M. Wells, two researchers, believe that this isn’t the case. In a press release, Dennis said that “The bottom line is email is much better when you want to convey some information that you want someone to think about.”

In their study which was published in Computers in Human Behavior,” Dennis and Wells suggest that when you are writing an email, people are consciously or subconsciously adding more positive details in their messages because “perhaps to compensate for the inability to convey vocal tone,” they said. “Email enables senders to modify the content as messages are composed to ensure they are crafted to the needs of the situation. Voicemail lacks this feature… Thus, senders engage with email messages longer and may think about the task more deeply than when leaving voicemails. This extra processing may increase arousal.”

In a way, it makes sense. Of course, Dennis noted that the findings aren’t conducive to the popular Media Naturalness theory which says that the further we get from face-to- face communications, the
less effective and less natural the interactions feel.

The researchers discoveries weren’t all about getting intimate, but they were more about creating alluring responses, regardless of whether the message was for practical or romantic reasons. In their research, they discovered that the gender of the sender or the receiver didn’t play a role in the study and these bits were left out in the final analysis.

When people are creating their emails, they are putting more thought into the things they are saying rather than plying the message with emojis and smiley faces, hoping to get their message across. With their words, the sender is able to get their true message across, no questions asked.

The study also shows that email can also shape the content. What does that mean? Well, if you are sending a utilitarian message, it is to the point and decisive. However, when you are trying to send a romantic message, you are going to use flowery language that entices the person and sparks an emotional response in the receiver. Not only that but because you are trying to get an emotional response, you are going to use positive language that encourages good feelings, but you are able to say things that you may not be able to verbalize.

Granted, it may take some time for people to feel comfortable enough to send emails instead of leaving voice mails for their intimate thoughts and feelings, but it’ll be worth it in the long run.