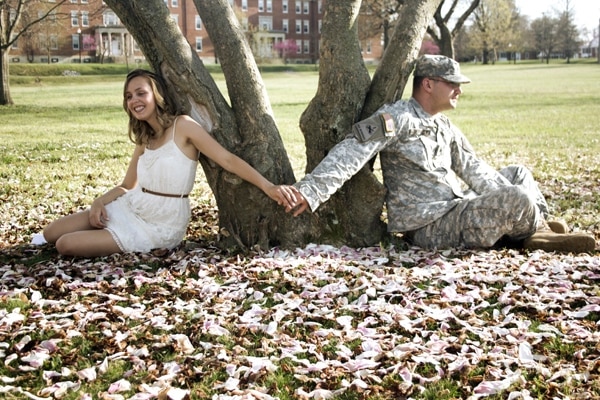 When you are dating an army guy, you have this overwhelming sense of pride because your man is one of the brave individuals who is willing to lay their life on the line to protect his country. Some women who aren’t familiar with what it takes to date an army guy may be under the impression that it’s no different than dating Joe Shmoe from down the street. While it isn’t difficult to date an army guy, there are some things that you will want to keep in mind.

Why to Date an Army Guy?

There will be periods of time where your army guy is going to deployed in another country. Because of this, if you want to ensure that your relationship lasts and the trust remains intact, you will want to always communicate with one another. If something is bothering you, don’t hesitate to discuss it. If you miss him, tell him. With this in mind, not every conversation should be a serious one. Talk about things that will make him look forward to talk to you again, which who knows when that could be.

2. Be Mindful of Invisible Scars

Although not every military man comes home with obvious injuries, they can still suffer from wounds that will affect them for the rest of their lives. And while they may not always have post-traumatic stress disorder, they will come home a changed man. Let them know that you are there to talk if they want to, but don’t press the subject. You can expect your guy to zone out mind conversation sometimes, restless nights, and maybe even react a certain way to some things. These things can be part of the job, unfortunately.

Civilians tend to employ passive aggressive tactics, vagueness, and even manipulation when it comes to communication with one another. So imagine how hard it can be to get direct communication about unpleasant topics from your army guy. You may think he is being rude and hurtful on purpose, but he isn’t. Communicating this way has been a very big part of their training since day one. So if you don’t want to hear the truth when you ask him if that dress makes you look fat, don’t ask because you may not like the answer otherwise.

4. Keep Your Schedule and Plans Flexible

As part of the deal with dating an army guy, you have to be flexible when you make plans because you never know when he is going to get a call saying he is being deployed. This means you may have to cancel your vacation to the country, you may spend holidays alone, and you may even have to celebrate your anniversary via Skype. Just remember that if he could, he would be with you every holiday, birthday, vacation, and anniversary rather than thousands of miles away.

5. Learn to Tolerate His Friends

Being in the army, you form a brotherhood with the men you serve with — that is just a fact of military life. You will have to learn to accept this and appreciate that at least your guy has someone to talk to who knows firsthand what he is going through if he cannot talk to you about it. While you may hold a special place in his heart, so do they and you just have to come to terms with that.