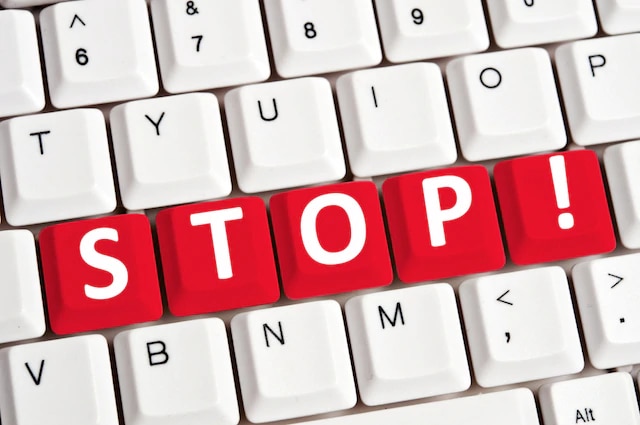 We’ve all been in a situation where we went out with someone and we didn’t connect with them like we had hoped we would, usually because we encountered a big red flag. Here are five common red flags that we tend to ignore, but they should actually be deal breakers. Keep these things in the back of your mind so that the next time you are on a date with someone new, you know to run away if he commits any of these no-nos.

Maybe you’ve been seeing this guy for a while but nothing is legit. You may be hooking up and when you hang out, it feels like a date… But unless you’ve sat down and had the talk, you are still unofficially together.

If you think about it, a guy who is proud of the woman he is dating wants people to know it. He has no qualms about introducing you to his friends and family as girlfriend. But when he leaves you guessing whether you are an official couple or not, chances are that you are not.

In order for a relationship to work, it takes both people to work things out and be willing to open up and communicate with one another. As a participant in this relationship, there is a certain level of respect and consideration that you are expected to have for your parent. This could be as something as insignificant as calling when you say you will, or taking care of their cat while they are away on vacation. By doing these things, you are showing that you care. However, there are men who will not do these things and more. In fact, they often take you for granted.

He may say that he is saving you from embarrassing yourself, but the reality is he has no problem nitpicking you apart. These controlling men will always find something to pick you apart over and they will say they are doing it for your benefit.

Some examples may include some backhanded comments about your appearance. He may demand that change your clothes into something more “appropriate.” He may criticize some of the stuff that you do and say it isn’t good enough.

No one likes to be accused of being unfaithful and when your partner starts doing that, then this is a big red flag that should definitely be a deal breaker. You don’t want to stay in a relationship where they don’t have any trust in you and assume you are out sleeping around. That isn’t healthy for either of you.