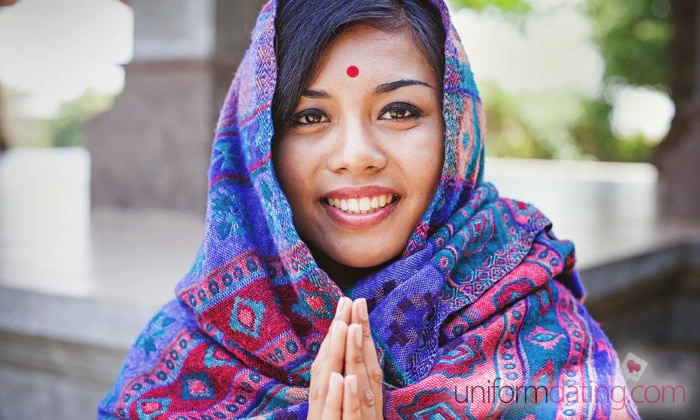 Dating, courtship, conking someone over the head and dragging them back to your cave… Whatever you want to call it, the practice has been around for centuries-albeit not necessarily in the manner that we are used to.

Here are some unique and maybe blizzard worthy dating rituals from all over the globe.

1. Borneo newlyweds cannot use the bathroom for three days.

The Tidong people believe that if you were to go number 2 after you are wed, it could lead “to a broken marriage, infertility, or even the untimely death of your children”. So they get around this, the newlyweds are locked in their honeymoon suite without much food or water for the next three days. So much for the romantic consummation of your vows—nothing like a full bladder and bowels to enhance the mood.

2. People in India will marry a tree to avoid cosmic misfortune.

In India, it is believed that if you were born under the influence of Mars, you could invoke his wrath.

Fortunately, you could avoid this by marrying an inanimate object. Mars’ anger will be pacified and you and your real partner can go on and live happily ever after.

3. Folks in Bali sharpen their teeth so they can enjoy their afterlife.

The Hindu Balinese couples who want to walk down the aisle have to go through 13 rituals of purification before they can officially tie the knot. One of this rituals includes filing six of their teeth, due to the belief that “unaltered teeth will not be able to enjoy their afterlives, remaining separated from their ancestors”.

4. The Welsh give love spoons to their beloved.

Dating back to the 17th century, a Welsh man would hand-carve a wooden spoon and give it to the woman he desired. If she accepted the spoon, they would begin courting. Granted, the actual courting practice has long since passed, people still exchange spoons in an effort to show affection even to this day.

5. Indian grooms were kidnapped for their wives.

If you lived in Bihar, India and you were a young man, you may not want to walk alone at night in case you were to get kidnapped. Because the is so much poverty in the city, some families will go so far as to kidnap a young man to marry off to their daughters so that they wouldn’t have to pay a dowry.

Unlike other cultures, the Kreung tribe in Cambodia will encourage their young daughters to interact with the local boys so they can find a suitable husband. The love huts are built to provide a safe place for their daughters to talk to the young boys they are interested and be in control of their own sexual encounters. And, because it isn’t acceptable for a man and woman to be seen together if they don’t have any plans on getting married, the men must leave the hut by the sunrise. If a woman doesn’t feel a connection with the man she invites over, she can (and does) turn him away.