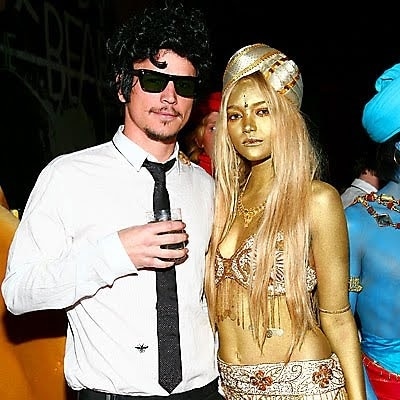 In most cases, the pick-up line is either really perverted, incredibly corny, or just doesn’t make much sense. But there are some people who rely on these hit-or-miss pick-up lines in order to break the ice whenever they want to talk to someone who draws their attention.

Fortunately, we have found some unique pick-up lines that won’t warrant a dirty look or being laughed at. These lines will give you the edge you need to start the conversation and stick out in his mind.

It is the direct approach without being so forward that it is crude. When you use this line, you are giving the person your name and letting them know that you are into them.

Sure, this is a little cheesy, but it is pretty unique. Yes, no one’s name is (or ever will be, we hope) WiFi and to ask someone if this is their name will garner some odd looks, but once they understand the pun and chuckle, you’ll be in the clear.

3. “If looks could kill, you’d be a weapon of mass destruction!”

If there is one thing that appeals to someone is when you liken their looks to that of something that can destroy entire civilizations, well… It strokes their ego in a big way! Of course, we should clarify that the line isn’t meant to actually compare their attractiveness to a bomb, but it is a clever way to spin the lame line of “If looks could kill.”

Another line that strokes his ego. Of course, let’s hope that fine print doesn’t come with some crappy terms.

This line is unlike the rest because you are making it obvious that you are going to hit on them, while it actually being a pick-up line in itself. This is a bold attempt and if done correctly, it will break the ice with ease and it also gives him the opportunity to flip the switch and start hitting on you!

6. “Like a broken pencil, life without you is pointless.”

This particular line is clever without being too cheesy and it can even evoke an 1930’s feeling. While it is usually the man to kiss the woman after saying a line such as this, it is 2015! Be bold and plant that hottie a kiss!

7. “Don’t tell me if you’d like for me to accompany you to dinner. Just smile for yes or do a backflip if no.”

Of course he won’t do a backflip (unless he is a gymnast…)! With this line you are being both forward and witty. What a great combination for any female who is bold enough to approach a guy she’s been checking out?

8. “If I had four quarters to give to the cutest guy in the room, you would have a dollar.”

You can use this line if you’ve overheard a guy telling a particularly humorous joke, if he is attractive, if he gave an excellent speech… The possibilities are endless. Not only will he be flattered by the compliment, but he will be amused that you approached him to tell him.