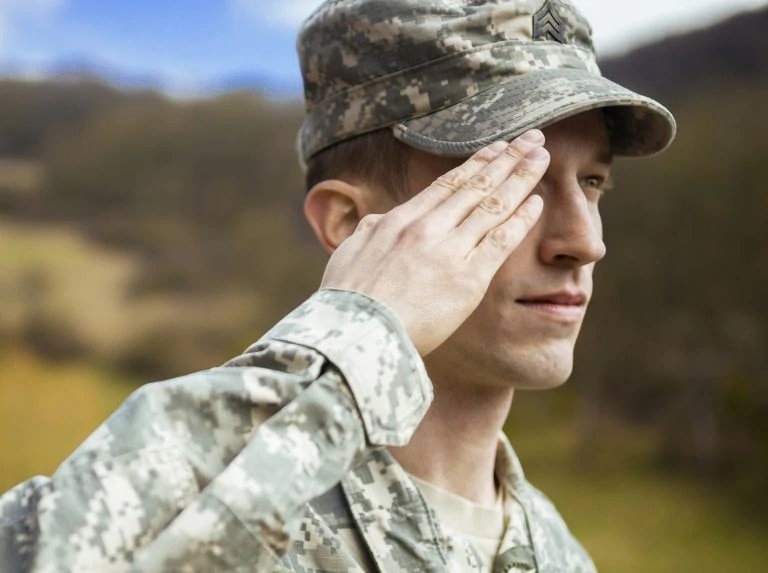 Whatever the case, when the brave men and women decide to join, they understand that they are going to be learning a whole lot of new things along the way. Some of these things include new cultures, how to work with people from different backgrounds, how to survive while being stationed in the most hostile environments, and so much more.

With that said, we bet there are a few things that you wouldn’t even think you’d learn from being in the military. Some of the things might just surprise you! Continue reading to find out the top 9 lessons you should expect to learn in the military.

1. You get to find out if being bald looks good on you.
If you’ve been growing your hair out for a while, be prepared to lose it all. Upon joining any branch of the military, you’re going to find out whether or not you look good with a bald head or not. Hopefully, you’ll have a nice shaped dome and not some oddly shaped noggin.

2. You’ll learn how to appreciate a proper toilet.
You know how most people dislike going to the bathroom in public because you could be going number 2 next to someone else? You know how it goes—the sounds and smells can be a little embarrassing, right? In the military, you’ll learn how to appreciate those stalls. A lot of places you’ll be going doesn’t have a proper bathroom, and you’ll be doing your business out in the open, in a Mr. Bob, or digging a hole.

3. When you get home, you’ll never want to go camping again.
You read that right. Even if you absolutely loved camping before joining the military, the idea of camping post-military might send shivers down your spine. The great outdoors will most likely be completely ruined for you. Maybe as time passes you’ll grow to love the outdoors again, but to sleep out there and wake up due to nightmares from your time in the military? Nah.

5. Not everyone will care that you served to protect the country.
Serving time in the military is a great act that not many people can say that they’ve done. You might have this idea that folks would be more than happy to give you discounts, move out of your way, or any other sort of perk. Wrong. Yes, there are some places that do offer military discounts, but that isn’t the rule. You might find people who will openly thank you for your service, but… Don’t count on it.

6. Every depiction of life in the military you’ve seen is a lie.
When it comes to life in the military, there is no movie, book, video game, or anything else in between that can accurately prepare yourself for what you’ll be experiencing. So, if you’re going to sign up because Call of Duty looks awesome and that’s what you’re basing the whole decision off of, think again.

7. Say goodbye to smelling good.
We don’t care how long it’s been since you’ve showered, how much alcohol has been spilled on you, or how much smoke lingers on your clothing. All of these scents combined will not compare to how badly you’ll smell once you begin basic training and onward.

8. The uniform may look good, but it is dreadful.
The fatigues you see people wearing may look great and even feel good, however, the material that soldiers wear? It isn’t nearly as comfortable. The fabric is scratchy, hot, and it turns into something akin to sandpaper after a few hours’ worth of sweating and being out in the sand. Oh, and those dress uniforms? They aren’t cheap, especially the pins and ribbons.

9. You feel like a 13-year old going through puberty again.
Do you remember discovering how great it felt to kiss when you did it for the first time? You wanted to do it all the time, but you had to be sneaky because you didn’t want to get caught. Well, you’re going to have to be sneaky and creative just like that once more.

There are going to more surprising things you’ll learn when you join the military, but these are just some of the top ones we thought would benefit you the most.