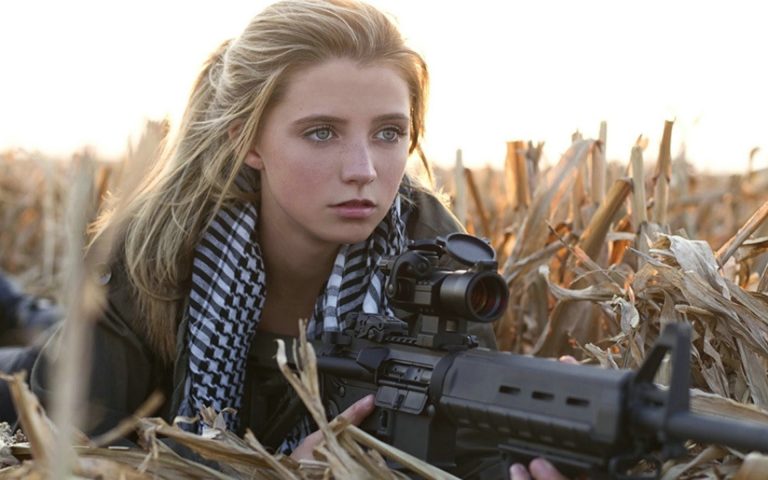 Did you know that of all the American’s who dedicate their lives to serving in one of the largest military units in the world, they only account for one-half of a percent of the entire American population? Of that 5%, only 15% of those are women.

To put it in numerical terms, 14 out of 100 soldiers are women. So, it is a little understandable that people have a difficult time relating to the female experience in the military, even though they have been contributing to defending the country in some capacity for years.

It isn’t very common that you hear about the female experience in the military because they blend in with the guys and never seem to draw attention to themselves, even though this feat is incredibly hard. We want to show folks how difficult it can be for a woman in the military so the next time you want to honor the military, you show a little more appreciation for the ladies in fatigues who tend to get overlooked.

It can get quite lonely.
It isn’t easy to make friends in the military, especially if you were hoping to have a new best friend that you can share your experience with. If you’re unfortunate enough to be assigned to an all-male unit, you’re going to find it damn near impossible to make friends with another female. And any friends you do make will eventually get reassigned, deployed and sent away on a special assignment. Don’t think you can make friends with male soldiers because people will assume you are sleeping together, or you are labeled as an easy woman. If you make it be an officer, you cannot mingle with enlisted soldiers, which makes your experience that much lonelier.

A Congressional Act isn’t necessary to go into combat.
At one point or another, everyone is going to come in contact with some kind of carnage in their careers. There are plenty of females who work as an engineer or military police which required that they are involved in direct force. Combat action badges know no gender, so men and women saw action. For many women, it is an insult when people assume that they don’t participate on the front lines.

Women experience PTSD just as much as men do.
No matter what gender you are, when you are isolated from the people you love, you’re being targeted on a daily basis, and you are surrounded by death and carnage is going to affect you. The whole experience can weigh on you because you never know when you are safe or when you can even get some sleep. Many women keep their feelings and what they experience to themselves because they don’t want their experiences to be chalked up to being a result of being a female, and not being affected by PTSD like men.

Being single in the military sucks.
When you are in the military, people tend to get hitched and start a family quite young. If you find yourself single, you’re constantly asked by people when you were going to get married. Many higher ranking officers would advise you that if you were, in fact still single, you shouldn’t advertise this because your reputation could suffer. Hurray for that good old double standard!

Being married is just the beginning.
When you do get married, you’ll notice that other married co-workers will want to hang out and be friendlier to you. However, this doesn’t last long because people will start barraging you with questions about when you’re going to have children. When you try to say you aren’t trying for children right away, people will look at you with pity and even sadness like you’re never going to be able to have children, even if you are still in your early 20s.

Being married to a man in the military is extremely difficult.
Many people who marry other service members have to deal with the knowledge that they will be spending much of their marriage separated from their spouse. It is common that married couples to get relocated to the same place, but it isn’t necessarily a guarantee. Many couples marry just so they can be deployed with their significant other, but even still, there are just as many who are kept away from their spouses.

Should your spouse leave service, you will get a hard time for it.
When you’re in the military, people don’t ask what your husband does for a living, but rather what unit he’s in. Should you tell them that he got out of the military before you, other people will give you a shocked (or even appalled) reaction.

It isn’t safe to report sexual abuse.
You might want to believe that the military will do whatever it can to ensure its female members are protected and have a way to report any wrongdoing done to them, it’s not. In fact, it is scary to report any military sexual assault because people will label you as that girl who makes false accusations and screwing with the cohesion within the unit. Because of that, many women simply suffer in silence.