Home
Dating Blog
Online Dating
Avoid the Numbers Chat, As it Will Ruin Your Date 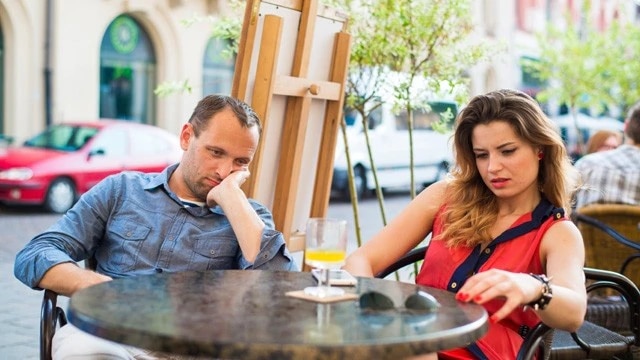 Since the dawn of time, women have always been held to a different standard than men in all things. They have to look a certain way in order to be attractive to a man, they cannot embrace their sexuality like a man, and they have to act demure and sweet. Heaven forbid if they want to rise to the top, because if they do, people assume it is because she slept her way there, rather than earning the promotions because she worked her tail off.

When it comes to their intimate lives, women are told to keep the numbers as low as possible, and if they have had a lot of partners, they feel this compulsory need to lie and make that number at the lower end of the single digits.

Oh… And let’s not get into that awkward moment when you’re on a date with someone and somehow the topic of how many partners comes up. If you’re like most people, you don’t see how the number of people you’ve slept with should factor into whether the person you’re on a date with will want to continue to see you. Well… That is if they are an adult film star and are going for the world’s record of most partners in a single evening, but even still, does it matter?

“It’s immature to direct someone down this line of conversation and also shows more about that person’s personality — as it also shows that that person has ego or insecurity problems. Someone’s private life attributes a little towards who they are, but someone’s personality is a jigsaw made up of, let’s say, 10,000 pieces. This is only one piece of that personality jigsaw.”

Perhaps, the person who is concerned about the exact number of people who their date has slept with is someone who is always judging people for one thing or another. Should you come across one of these individuals, perhaps you should ask yourself if you really want to bother with someone so judgmental?

What we really look for during the vetting process is a person stripped down to the bare basics and see what they have to offer. We pick apart their very being and we don’t take into consideration that they are a complex human being with a past.

Think about it this way, when you talk to someone and they are genuinely interested in you and what you’re all about, they won’t even care about how many people you may or may not have slept with.

Some people may suggest that the question of how many people you’ve been with is asked in an effort to connect to another person, while others say it’s invasive. But one thing can be certain… When you have the numbers talk with someone on a date, you have an idea what you want to hear, but when the truth comes out, you may be wishing you’d never asked.