Dating in times of conflicts has always been a trying yet romantic business. During World War 1 there was the hastily-scribbled postcard from a shell-shocked trench, while in the next global conflict a heart-felt telegram or the dreaded ‘Dear John’ letter. 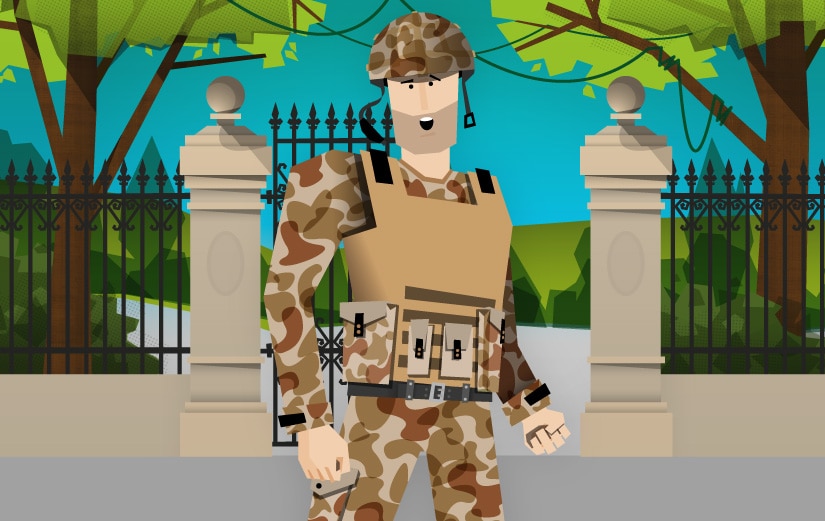 Military romance has been through the wars

Fast forward to the Falklands in ‘82, and soldiers and sweethearts could still do little more than to write to each other over 8000 miles if a crackly and covert call aboard a ship was not possible. More recently, in Iraq and Afghanistan, the sky’s the limit for communication. There is the option to text, email and even Skype; the latter giving pining romantics the all-important benefits of body language.
Whichever means of communication is used, dating a serving solider has seldom been straight-forward – from coping with extended periods of service, the elation of reunions to the uncertainty of not knowing what the future holds.
Having reliable and frequent communication, however, is essential to keep those home fires burning, regardless of whether you hold a bright torch for each other, or if you are merely old flames. The good news from Captain Sensible, however, is that the reliability and means of communication has gradually improved over the last 100 years as technology has improved.
Here’s a snapshot of how dating couples have communicated over that time:

Starting in July 1914, the perceived wisdom was the war would end before Christmas, allowing young hearts to rekindle romance that was interrupted during peace time. The sobering aspect, as we know, is the first global conflict dragged on for four long years, claiming millions of young lives. Yet despite their losses, ‘daters’ could readily keep in touch as this fascinating video on BBC iwonder reveals. Here are a few facts in numbers:

The method and means of courtship, as it was called back then, weren’t much more sophisticated in the next world war, mainly because of the greater of globalism and movement of conflicts.
Did you know that?

There was still no ‘global’ internet in 1982, and soldiers had limited access to international phone lines. Early mobile phones were brick-sized (as Del Boy would testify), were not much more sophisticated than courier pigeon, and certainly could not connect from the other side of the world.

As you would expect from 21st century technology, distance and location knows no bounds, giving dating couples many ways and means to keep in touch. Types of communications encompass almost every technology; ideal for tapping into each other’s hearts and minds.

So, how times have changed. Regardless of the technique you and your date choose to keep the home fires burning, remember that ‘mum’s the word’, not talking about military matters.
Remember, you could find romance across several other uniformed occupations, including police officers, firefighters, nurses, doctors and many other occupations.

Please tell us about your military dating experiences in the comments’ box below.