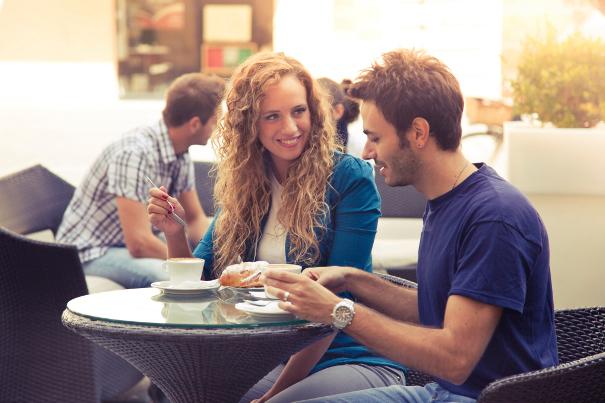 If there is any group of people that know how to read others and get an idea of what they want, it is a psychologist. These folks are keen on analyzing people’s mannerisms and help them see what things they may be doing wrong, or how they can better tweak their game so that they are maximizing their dating potential.

Psychologists encourage daters to challenge the norm by assuming that in order to get the guy, you have to play hard to get. In fact, by playing hard to get, you could be worsening your chances!

1. Create that incredible first impression even before you meet.
Within the first few moments of meeting someone, we make quick decisions about them and it is so hard to change that decision once it’s been made. It’s a good idea to create a good first impression before you ever meet face to face by actually calling them and plan out the date. You should be excited on the phone, but not sound overly anxious. An interesting fact, people can hear when someone is smiling, even though they cannot see it.

2. Meet up for a cup of coffee at a park.
Forget what you’ve heard about having to wine and dine someone on the first date. Yeah, you may want to impress them, but you simply don’t know enough about them to have a good conversation to last the length of a four course meal (plus no one actually eats the food because they don’t want to make a fool of themselves by perhaps wearing some sauce or eating too quickly). Instead, keep your first date casual and matter of fact. By making it something as simple as a coffee date on a park bench, you are able to show that you’re interested and talk to one another undistracted. If the date goes well, you can ask them to join you elsewhere, but if it goes poorly, you can go your separate ways without any awkwardness.

3. Be more interested and less interesting.
You may want to woo the other person by talking about some of the adventures that you may have been on in your lifetime, which is fine. However, you don’t want to dominate the conversation. Instead, ask them questions about themselves to get the conversation flowing. You would want to employ the 60-40 rule which implies that you are listening to your date 60% of the time and talking the other 40. When you show interest to the things your date is saying, chances are they will feel confident and you will also be able to determine if you see any romantic inkling between you two.

4. Make yourself laugh.
If you find that there is a lull in the date and both of you are feeling rather bored, do something to lighten the mood. Tell an amusing story or joke. Try a magic trick. Pull the table cloth from the table. Whatever you can do to be different and have fun.

5. Don’t be afraid to be vulnerable.
When you open yourself up and showing your vulnerable side, you are giving the other person an opportunity into your head so to speak. You are sharing something with them that creates a bond which could lead to a deeper and more meaningful connection. If there is a feeling of mutual trust between the two people, the chances of a second date are much higher.

6. Break the touch boundary.
When you’re on your date, you shouldn’t be afraid of breaking the touch boundary. Now we aren’t saying that you should man-handle them or get risqué, but we are saying gently touch their arm, pick a piece of lint from their collar, guide them through the door by the small of their back… These subtle gestures can act like an aphrodisiac that leaves the other person craving more touch from you. Score!

7. Playing hard to get is so passé.
If the first date goes well and you enjoyed their company, don’t make them wait days before telling them as such! If you receive a text, you don’t have to respond right away, but it is a good idea to respond within 8 to 12 hours of the original text. You want the other person to know that you’re attentive, but you aren’t waiting around for them.