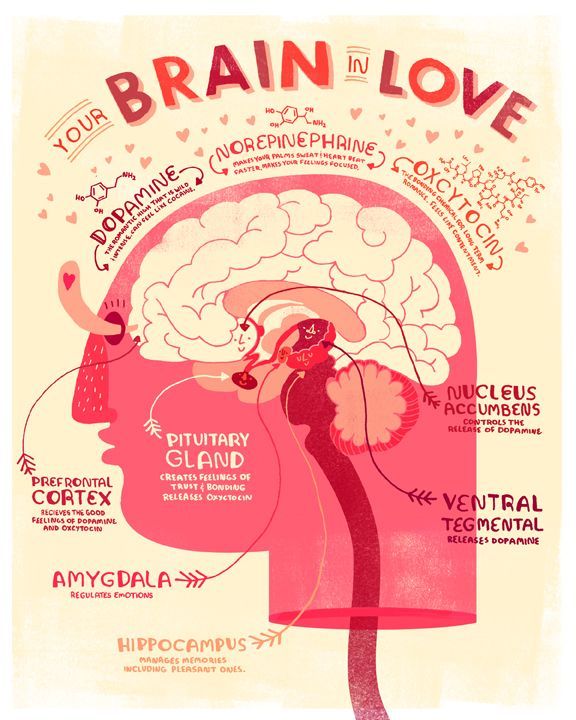 Technological advances as made us so much more interconnected than we used to be, and because of that, our brains have changed. As technology continues to advance, we are able to see inside the human brain and now have proof of this.

Susan Johnson, a psychologist and relationship expert, worked in collaboration with James Coan, a neuroscientist, to publish a case study on how the quality of a romantic relationship can change the way your brain responds to fear and pain.

The study shows how Emotionally Focused Therapy, a type of couples therapy, can change partner’s brains as a result.

The experiment involved a woman who is in an unhappy marriage in an fMRI machine. She was told that she would be given a shock on one of her feet whenever she saw an “x” appear on the screen. So it was understandable that whenever she did see the “x,” researchers took note that her brain responded with a slew of different kinds of fear and pain. She told the researchers that the shock hurt. Then, she was instructed to hold the hand of a stranger and the process was repeated and she gave the same results—she was scared and the shock hurt. She was then instructed to hold her husband’s hand, with whom she probably didn’t care for very much at the time. Again, she experienced fear and pain, which was consistent with the fMRI.

The people who went through the first phase of the experiment worked on their marriage with the help of an Emotionally Focused Therapist (EFT). The EFT has demonstrated consistently in the research to have success rates with couples in distress that exceed 70 percent. After the couples went through EFT, the women were asked to go through the experiment again. However,

However, this time the results were different.

After the EFT couples therapy, she was asked to hold her husband’s hand and received the shock. Her response was quite calm and relaxed. The fMRI machine demonstrated that the woman showed little fear response and she claims to not have felt nearly as much pain—she simply thought the shock was uncomfortable and nothing more.

The Implications of Their Results

The clear implication of this study reveals that when you are in a healthy relationship, your brain is at peace. This study only shows one piece of evidence about how our brains are wired to find a connection with someone in order to be able to face trauma and difficulties that life throws at us. It shows us that we are designed to approach life as a pair rather than going it alone. In an effort to create strong bonds and staying connected with people in our lives, it is how we have evolved and managed to stay alive for so long.

Perhaps EFT is one of the most evidence-backed forms of couples therapy. As you can see with this study, we can literally create physical changes in our partner’s mind once we start to repair our relationships. All it takes is a bit of understanding, lots of communication, and just being there for one another. After all, we are all facing life alone, but we all crave a loving connection to help us through it.

EFT isn’t just for one type of couple—all couples can benefit from its practices. It can help you overcome the heartache that comes from infidelity, as long as the offender isn’t actively cheating. EFT helps partners be present and available for one another, and if one or both is a substance abuser or actively seeks extramarital affairs, then EFT won’t work, as it encourages partners to be equally vulnerable to one another. EFT is strength-based and it recognizes the resiliency within the couple. It can help reframe their broken interactions and failed attempts to connect with one another. So needless to say, EFT will only work when you are truly committed to making changes to your relationship.