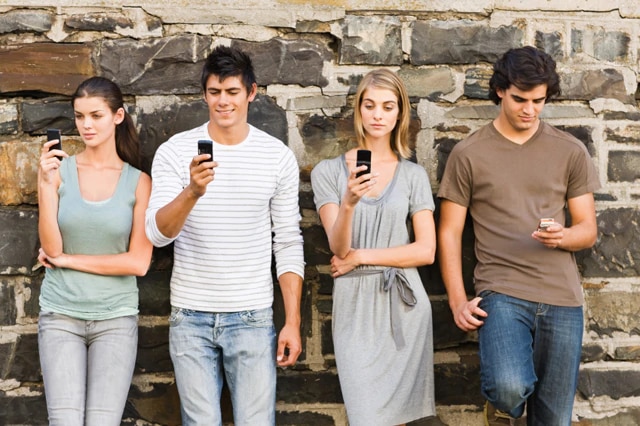 Who every actually picks up a telephone and calls someone anymore? Not very many people, as we tend to opt for the ease of texting. Some people are resistant to text, while others embrace it fully, which is usually the best course of action because there is great power behind an authentic text — especially if you are open and honest with people.

Let’s say you’ve found someone that you are really smitten by. You’ve gone out on what was intended only as a dinner date (which lasts an hour or two, tops), it ended up being extended into dancing and then drinks afterward. Overall, the date was much longer and the conversation flowed freely. By the end of the night, you lean in for that kiss and… Well… It falls flat. There was no passion, no fire in the kiss. So what do you do?

Everyone knows that the first kiss can be quite awkward and you shouldn’t judge anyone based on that first, awkward, flat kiss. For one thing, you don’t know the other’s kissing style. You’re both going to be nervous and you won’t know what to do. One person may be a slow kisser while the other likes it fast. It doesn’t mean your incompatible, it just means that you’ve got a learning curve.

Sometimes, the awkward first kiss you share with someone could turn out to be the best kisser you’ve ever dated… You just need to give it time.

Now you may be wondering what kissing has to do with texting. Well, when you part ways for the evening and you’re reflecting on what happened — everything was going good and the kiss sank the ship, you’re going to want to know where to go from here and you’re probably going to want to talk to them.

If you don’t know where you stand with someone, open yourself up and tell them exactly how you feel. Tell them that you are really glad you met and would love to see them again because you feel like there was great chemistry between you two. You may want to say you’d like to retry that kiss because you think nerves got the best of you both.

Hopefully, they will respond in the positive and you’ll be going out again for a do-over.

When you send an authentic text without platitudes and false bravado, you’re able to get to the root of the matter. You’re laying your heart on the table and letting them know where you stand. You’re giving them the opportunity to see you for the person you truly are. Yes… All this through an authentic text.

Don’t get us wrong though, you aren’t going to be able to determine their character or anything like that, but you will be able to say exactly what you’re thinking without fear. You are able to say, “Hey, I like you. I want to try that date over again because I think there could be something great between us.”

This frankness is appreciated and will usually result in a frank and honest response. Isn’t that so much easier than beating around the bush? Yeah, we thought so too.