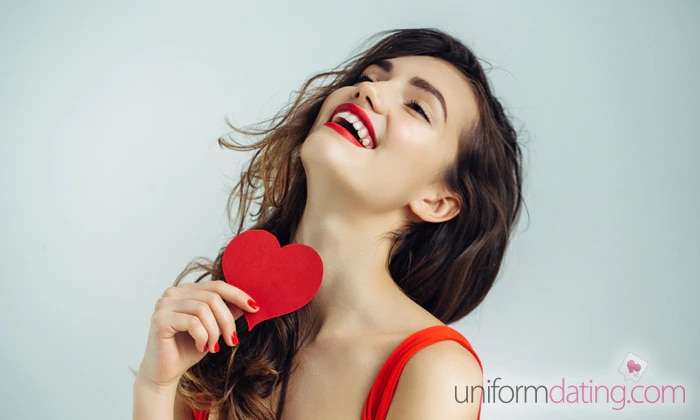 According to color meanings, red is the color of fire and blood, but it is also connected to energy, passion, desire, and love. This particular color is an emotionally intense color and it is believed to not only enhance your metabolism but it also raises your respiration rate and raises the blood pressure.

Andrew Elliot, a professor of psychology, and Daniela Niesta, a post-doctoral researcher, have shown through five psychological experiments when women wore red, the men were more amorous toward them—even if the men weren’t aware that they were doing so.

“It’s only recently that psychologists and researchers in other disciplines have been looking closely and systematically at the relationship between color and behavior. Much is known about color physics and color physiology, but very little about color psychology,” said Elliot. “It’s fascinating to find that something as ubiquitous as color can be having an effect on our behavior without our awareness”

The aphrodisiacal effect of the color red could be contributed to the link society has tied to it, but the researchers believe that the guys response to the color stems from deeper biological roots. Why think of female primates that are nearing ovulation—they redden and this sends a clear indication the males that they are ready for some action.

When it comes to online dating, if you want to get more messages from men, you may want to wear a red dress, red shirt, red lipstick, or maybe something as simple as red jewelry. Now, this doesn’t necessarily mean that the man or woman of your dreams will be tripping over themselves to get close to you, but it does mean you’ll get noticed quicker than if you wore a boring colored shirt. You will still have to let your personality do the majority of the work. However, for those who are just trying to get noticed, this will at least help.

For guys, you can rest assured that women are more sexually attracted to guys if you wear red.

According to a study published in the Journal of Experimental Psychology, “the United States, England, Germany, and China, women found men more appealing when they were either pictured wearing red or framed in red, compared with other colors.”

We understand your skepticism, but hear us out. “Women in a follow-up study perceived men wearing red T-shirts to be significantly more likely to be high in status than men wearing blue T-shirts, in addition to the men in red seeming more generally and sexually attractive.”

This also works for gay men, as well.

Of course, the color is a stimulant for men and it increases their arousal levels and their yearning to chase after women.

According to a study conducted in 2008 by the University of Rochester, they state: “Our research demonstrates a parallel in the way that human and nonhuman male primates respond to red. In doing so, our findings confirm what many women have long suspected and claimed – that men act like animals in the sexual realm. As much as men might like to think that they respond to women in a thoughtful, sophisticated manner, it appears that at least to some degree, their preferences and predilections are, in a word, primitive.”

So… If you want to get some action, better wear your finest red garments—oh la la!