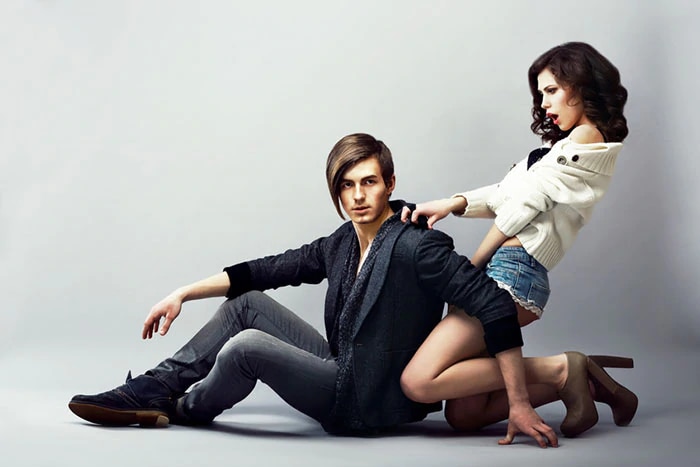 “Maybe we could meet up. I’ll be honest though, I’ve got some reservations about meeting you though. You made a joke on your profile about getting down and dirty on the first date that made me take pause. I know you said you were joking, but I’m not entirely sure. I like to take things really slow.”
It’s strange when you intend for something to not be taken seriously, and it is taken as gospel. So when they say something about meeting up and seeing if you hit it off, you may not know how to register that.

“I like to take things slow too, as a matter of fact. I made the mistake once before of rushing into intimacy and I left the experience feeling ashamed and even used because I hadn’t asserted my desire to wait. So, I’ve learned that I should stand up and say what I do and don’t want.”
When we met for dinner, things seemed to go okay. Until the check came.
“We can go Dutch.”
A puzzling look spread across his face, which prompted for an explanation.
“Dutch means that we pay half of the bill.”
“You aren’t going to insist on paying half are you?” he asked, looking like something completely disgusting had been said. After pausing for a moment, something clicks to an earlier comment where he said that femininity is important to him. When asked to explain, he says: “I am a modern man who loves women—a feminist if you will. I’m not attracted to women who are dominate, who exhibit male traits.”

At this point, he solidified the fact that a second date would not be an option—ever. Later after we said our goodbyes at the end of dinner, he sends an email that says: “I prefer women of a particular physical type, and I’m just not attracted to you. Could we still be friends?”

Agreeing that friends could be a possibility, a game of Q and A is initiated, just to be playful and cure a bit of boredom. “How do you feel about Bed, Bath, and Beyond?”
“What? Why are you asking me that? I’m not going to answer your questions.”
“Why not? It’s only a bit of fun. If you really don’t want to, you needn’t be cross about it.”
“This is too weird for me. What is wrong with you?”

His comment offends almost the point where there is outrage boiling over. “Does asking about a bedding store equate to picking out curtains and matching bedding? On my first round of Q and A, I asked about the game Boggle. Does that mean I was subconsciously wanted to purchase our first game as a married couple?

“You’re subconsciously thinking about marriage, you even said marital.”

Staring blankly at the screen, outrage turns into disbelief.
“You’re joking right? This isn’t a serious conversation, is it?”
“You are the one who deems it necessary to dominate the conversation by asking mundane questions. You’re the one who openly says your brand of humor is unfeminine. This conversation is over. Don’t message me again.”